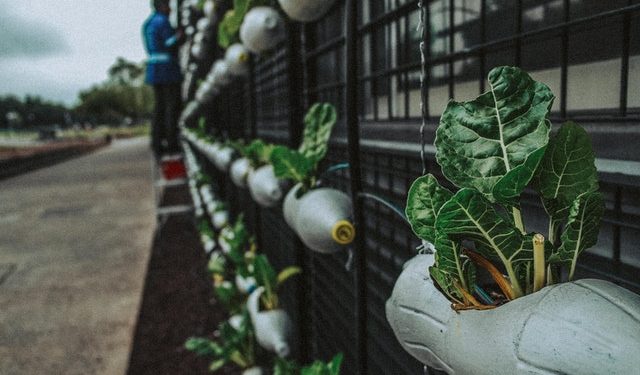 As part of the GrowGreen project, Valencia’s city council has installed a vertical garden in one of the city’s public schools to improve temperature regulation and sound isolation. The initiative contributes to mitigating the “urban heat island effect”, which is a process in which temperatures in cities rise by about 2°C compared to surrounding areas. Valencia’s mayor, Joan Ribó, announced recently that the city will lead the way in techniques to mitigate it through multiple approaches: trees are being planted throughout the city, pollutant emissions from vehicles are reduced, and methods to diminish land surface contributions to the urban heat island effect are being investigated. 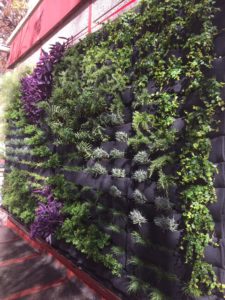 According to Carlos Galiana, city councillor for Innovation, the vertical ecosystem “will act as a barrier against the sun’s radiative energy, hence reducing the temperature of the room whose external wall hosts the ecosystem, and reduce energy use”. The project is managed by the city council, within the “Més Verd Benicalap” (Greener Benicalap) initiative, part of GrowGreen.

Wastewater from sinks and showers, used by students and professors at the CEIP public school in Valencia, will be reused to irrigate the school garden through the new green wall.

Alejandro Ramón, city councillor for Climate Emergency & Energetic Transition, thinks that “the nature-based solutions developed in partnership with GrowGreen are an innovative investment for a sustainable, healthy and resilient city, better adapted to climate change effects”.

Design and construction of the vertical ecosystem were carried out by the Centro Tecnológico LEITAT (LEITAT Technological Centre), which is a project partner. The system works as follows. Organic matter in the ‘grey’ wastewater from the school’s sinks and showers is filtered by the plants as it moves down the wall. The water is then disinfected and discharged into the nearby garden. The species used in the green wall are creeping rosemary, blue fescue, small-leaf spiderwort, false heather, climbing fig, English lavender and perforate St John’s-wort. 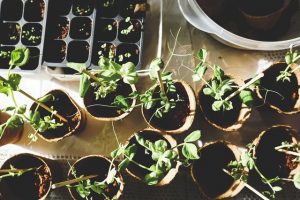 This system allows the school’s greywater to be reused as irrigation water for gardens. It also contributes to diminishing the building’s energy demands, by decreasing the effect solar radiation has on the room’s wall and by regulating the room’s temperature. The goal of the project is to develop and manage a water treatment and regeneration system by combining technologies in a vertical garden, including phytoremediation, desalinisation and disinfection.

Monitoring will follow during the next two years to evaluate water usage, growth, maintenance, temperature reduction, water quality at several stages of the process, energy use and CO2 savings.

Other advantages brought about by the vertical garden include air quality improvement, climate change adaptation, cost reduction, noise isolation, and improvement of mental stress and urban design, through integrating nature in cities.

“We invest to create Mediterranean gardening, introducing selected species according to their ability to adapt to city soils, droughts and light exposure”, said the mayor.

Producers project: City Air Technologies What if you could implement a fully automated vertical garden at your school of choice at no cost to the school?

Producers of vertical gardens and walls.