Perfect time for musicians to build an audience using Twitch

Livestreaming is when you stream video of yourself live online and viewers watch and sometimes communicate with you and with each other via chat. Facebook, YouTube and Instagram all have livestreaming features. You may have used them. They are nothing compared to what Twitch does. 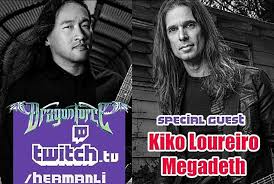 Twitch is a livestream platform where gamers play games live and other gamers watch. So why music? Because there are also many creative arts categories on Twitch and the music category is one of the biggest – and certainly the fastest growing.

Streaming on Twitch is different from the major social media platforms in the following ways:

I’ve spent a lot of time building channels and talking with streamers about how to grow an audience and how to make money with that audience. Though every streamer is different and there are no hard rules about what must or must not be in your stream, there are some things that virtually every successful streamer has done and some general streamer etiquette guidelines to follow.

1. Be authentic let your personality show

People go on Twitch to hang out with people. They don’t go to see the latest pop star or a music video or even a video feed from a club. They want to watch real people do what they are good at and they want to talk with those people and other fans. To stand out, you have to be yourself and do what is unique to you and you have to let that show in your on-screen alerts (which go off when someone follows or donates), your profile page, what songs you play, the look of the room you stream from, etc. There is no pressure to be perfect – in fact, perfection is kind of a turn off. Just have fun and you’ll attract an audience who gets you.

2. Set a streaming schedule and stick to it

Consistency is so key. Just as you need to post regularly to your Instagram to grow and keep an audience there, you need to do that with livestreaming as well. Ideally, you will stream 3-5 days per week for 2-4 hours per session. DON’T PANIC. It’s really fun and the time will fly. Play a little, talk a little. It’s not a formal concert. You’ll get through around 7 songs per hour this way. The more you are live, the more people have a chance to discover you, and the more time they will spend on your stream which leads to subscriptions and donations.

Also, literally set a schedule and post it on your profile page and stick to it. People will start looking for you when you stream. If you stop or miss days, you will lose audience. Most people watch on weeknights and weekend days/nights in their local time zone, so factor in where your audience is (if you have an existing fan base) and stream then on some of those days.

3. Take requests and do covers

People like to hear songs they know. They also like to contribute to the stream. So, take requests from the audience and include covers in the list of songs you do. If you are good at playing songs by ear that you don’t know (on Twitch it’s called a “live learn”), then you’ll have a lot of fun with viewers. You can absolutely do your originals, but covers are an easy way for people to get to know you and they will often donate money when they request a song. Many popular streamers find that after a while, their originals get requested as often as their covers.

4. Get to know other music streamers

What I love about Twitch is how much the streamers help each other. They watch each other’s streams and subscribe to their channels and even play live together on each other’s channels.

Streamers are able to send their audience to another streamer when they are done broadcasting. This is called a raid, and it’s a great way to get discovered by viewers. When you are done with your stream, no matter how many viewers you have at the time, raid a streamer you’ve become friends with on Twitch. If you are live when they are done with their stream, they will likely also raid you.

Livestream on Twitch to grow your fanbase